Visit Our Cafe!
You are here: Home / Entertainers / Scott Cleveland 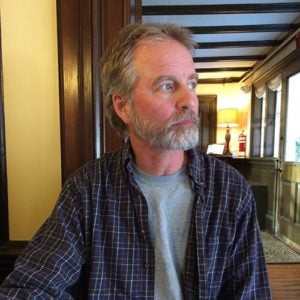 Scott Cleveland is a lifelong composer/singer/pianist/music educator/church musician. He holds a B.M. in Music Education from Berklee College of Music, an M.M. in Music Theory/Composition from UMassLowell and a M.Div. (magna cum laude) from Boston University School of Theology. He has written and produced six independent solo albums and performs original and reinterpreted Jazz/R&B/Blues/Fusion/Rock as a solo pianist and singer and in numerous duos/trios/quartets. He is on the Adjunct Music Faculty of the University of Maine at Augusta and the University of Maine at Orono, teaches Jazz piano privately, and is a recording studio pianist. His solo docu-concert “The Blues Spectrum” has been performed at numerous venues in Maine, Massachusetts and Nova Scotia including Gloucester Stage Co., Colby College and Camden Opera House. His musical director/pit band credits include: Man of La Mancha, Oliver, The Fantasticks, (New Surry Theatre); The Pajama Game, Almost, Maine (Reach Performing Arts Center); Ten Real Star Acts, The Last Ferryman (Stonington Opera House), Spamalot (The Grand Theatre, Ellsworth) H.M.S. Pinafore (Gilbert and Sullivan Society of Maine) and numerous high school productions. He also composed the choral overture and incidental music for Cabin Fever Theatre’s Almost, Maine, and was commissioned to compose the piano score for the multimedia production of From Away to Here… which premiered at The Burnt Cove Church, Stonington in July 2015. He has just released his sixth independent CD, “Scott Cleveland: Short Pieces for Solo Piano 2”.

Hi everyone. As we get ready to reopen on January

Today's Muffins and Danishes. Fresh from the oven

Our latest top-seller for lunch: The Falafel Platt

AND - A gazebo to keep you dry on rainy days!

Today's hot bagels from the oven!

Our ONLINE ordering is temporarily unavailable. Thank you for your patience. Dismiss